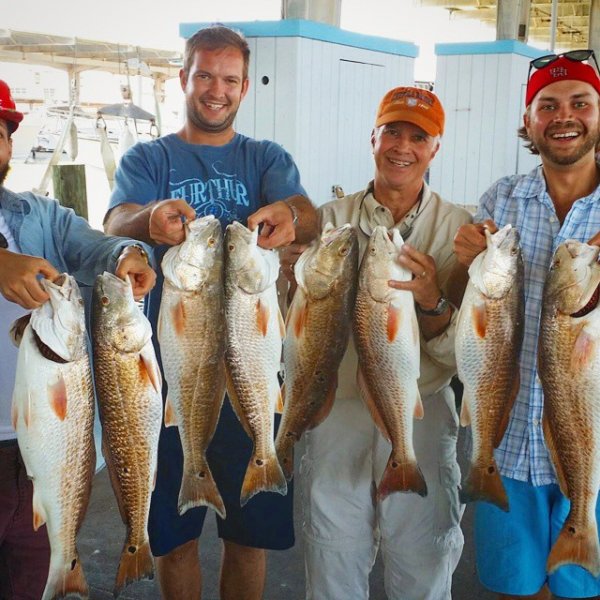 Despite some challenging weather conditions, Galveston Fishing has been great, and our Fishing Guides have put some very nice fish in the box.  We have experienced an incredible amount of much needed rainfall here in Galveston County and throughout Texas.  Though the rain does have an immediate impact on certain areas of our fishing hot spots – we will see a very positive effect in the not so distant future and it will also congregate many fish in areas of more stable salinity levels.  Freshwater flow into our bay system is vital to the stability of the wealth of marine life which make Galveston Bay such a premier fishing destination.  The abundunce of our oyster reefs in our bay, the rich nutrients that flow from rivers and our estuaries, are both very positive results of a good flow of freshwater into the Galveston Bay System. 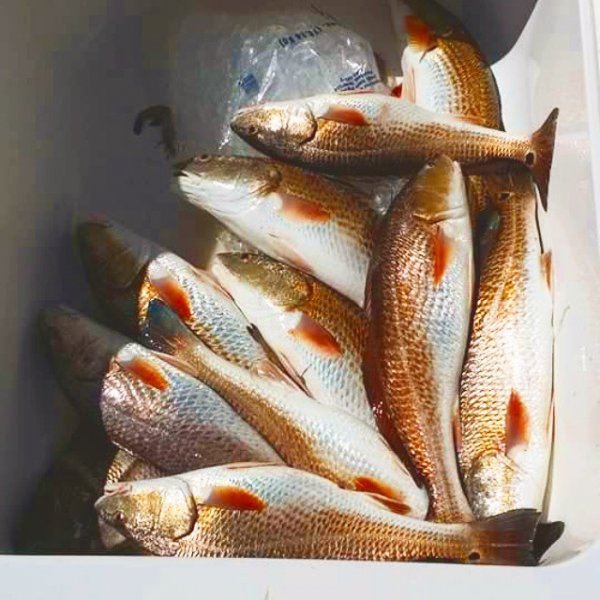 With the much needed rainfall and freshwater runoff the fish will adjust to their surroundings and move where salinity levels are more stable, until the upper esturaries and marshes equalize back.  When the fish move – our Galveston Fishing Guides also move to the areas of steady salinity levels.  The passes to the Gulf of Mexico are key areas during this time.  We have been catching good numbers of redfish, spanish mackeral, drum, sheepshead and speckled trout. The baits of choice have been live shrimp as well as live finger mullet. Wind directions, tidal currents, and water clarity play a major roll in the waters we will target as well as the type of tackle and rigs we will use. 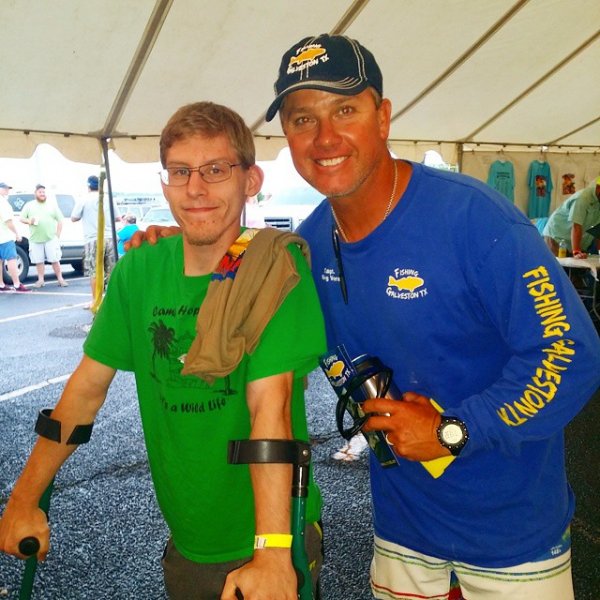 Each year Fishing Galveston Tx Fishing Charters donates a couple of boats for the Turning Point Drum Tournament for the Physically Challenged.  This year we had three guys on our boats and they had a great time.  Captain Greg and his son Gregory had 18 year old Steven on board. 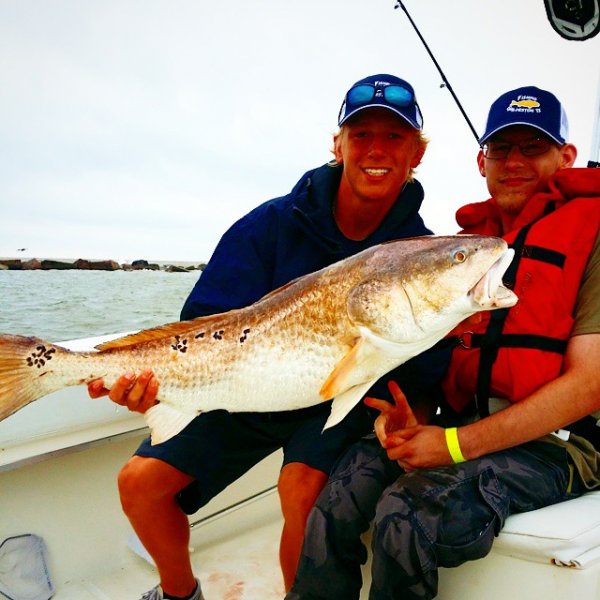 Even with the challenges that Steven faces with his legs – he was an amazing fisherman and his mobility around the boat was stunning.  Steven caught some very nice fish, from redfish to sheepshead, sharks, and even a ling.  It was a great day for us and Steven on Galveston Bay. 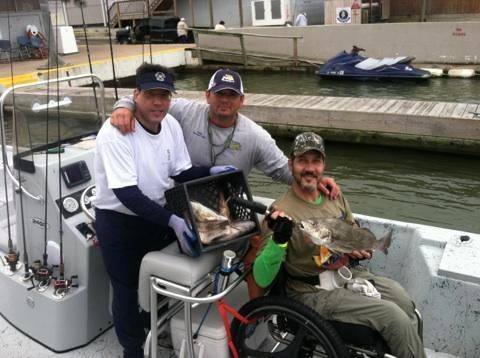 Captain Ernest had Michael and Chris on board his boat, and they made fast action on the black drum, sheepshead and even a redfish or two.  Michael has fished with Captain Ernest three years in a row, and it is always a pleasure to see these guys work together on the boat. 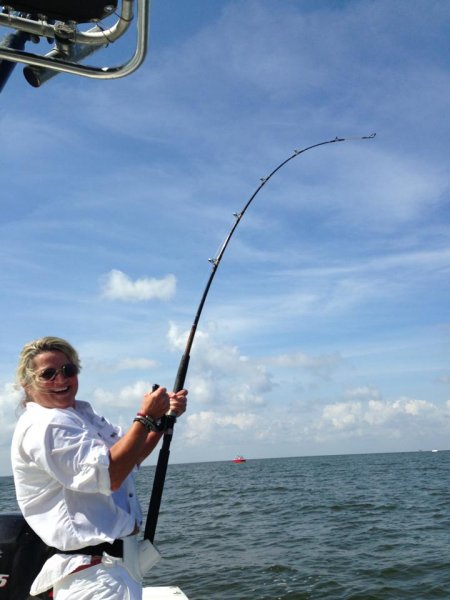 We have also seen some very, very large fish in these areas which is somewhat early in the season.  Schools of Jack Crevalle have shown up as well as very nice sized Cobia or Ling.  Numerous times this past week, we have had to pull up anchor to chase a fish that was on the verge of pulling all the line off the reel!  This makes for a great adventure as the angler is on ‘Stage’ as the rest of the crew cheer him or her on!

This is a very exciting time of year to fish in Galveston Texas.  Many great things are happening and some trophy fish are being caught on our Galveston Fishing Charters.  With April coming to an end, the month of May will find us still fishing the passes and jetties, as well as the upper estuaries and bayous as the salinity levels stabilize. 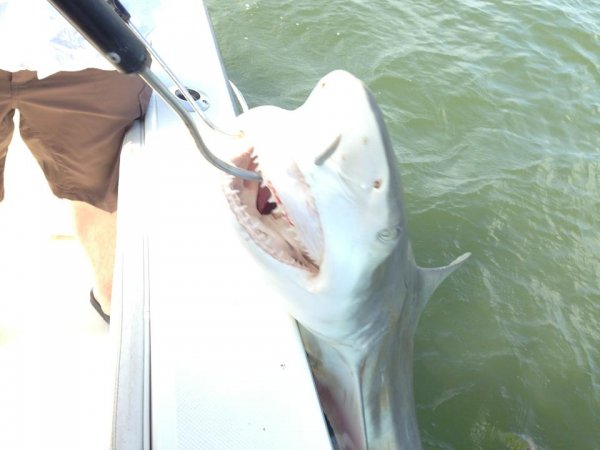 Also, as the waters continue to warm we will begin seeing more and more sharks close in for those looking to pick a battle with a Giant Galveston Shark.  We have already seen bonnet heads, bull sharks, spinners and a hammer head shark this month.  More and more of these beasts will be roaming these passes and we know how to catch them!

Give us a call at 409-739-8526 or send Captain Greg an email at greg@fishinggalvestontx.com