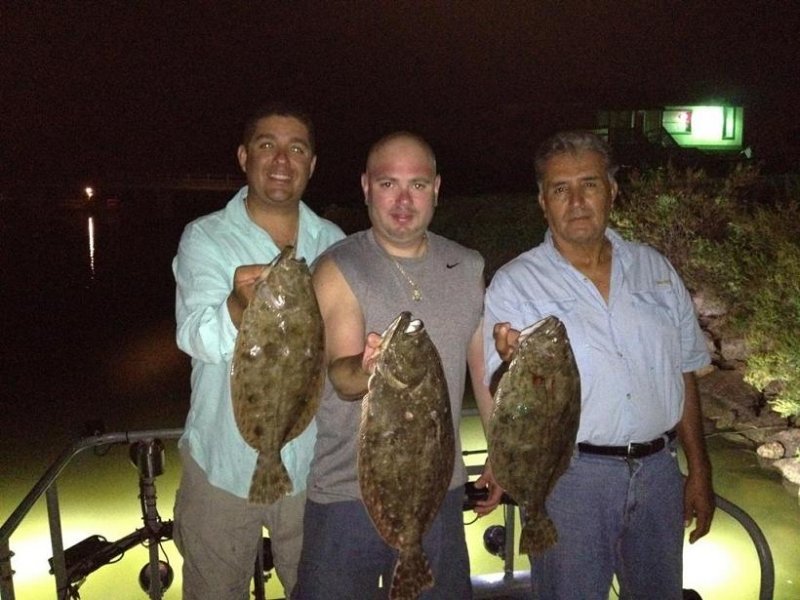 Well, we experienced the first ‘Northern Front’ since summer started.  Last night I had Paul Rico, his Father – Ruben and good friend Angel for a Galveston Flounder Gigging Charter.  With all the rain that we had Sunday morning, I tried to talk Paul into rescheduling because the areas where I have been finding the fish, I knew would be very stained.  Well, Paul was determined to get out on the water and hunt for someGalveston flounder, so we went to another area that I really hadn’t been to in a couple of weeks.  We were able to find some fish, and ended up with 10 nice flounder in the box up to 22″.  Had I went to the area that produced the most a little bit earlier – I think we would have limited out in just a couple hours.  The tide had already dropped and it made it difficult to get to the fish, but it was a great night with 10 in the box, and two that ‘slipped’ away.  Paul and crew were a pleasure to have aboard and I look forward to more trips with these great guys.